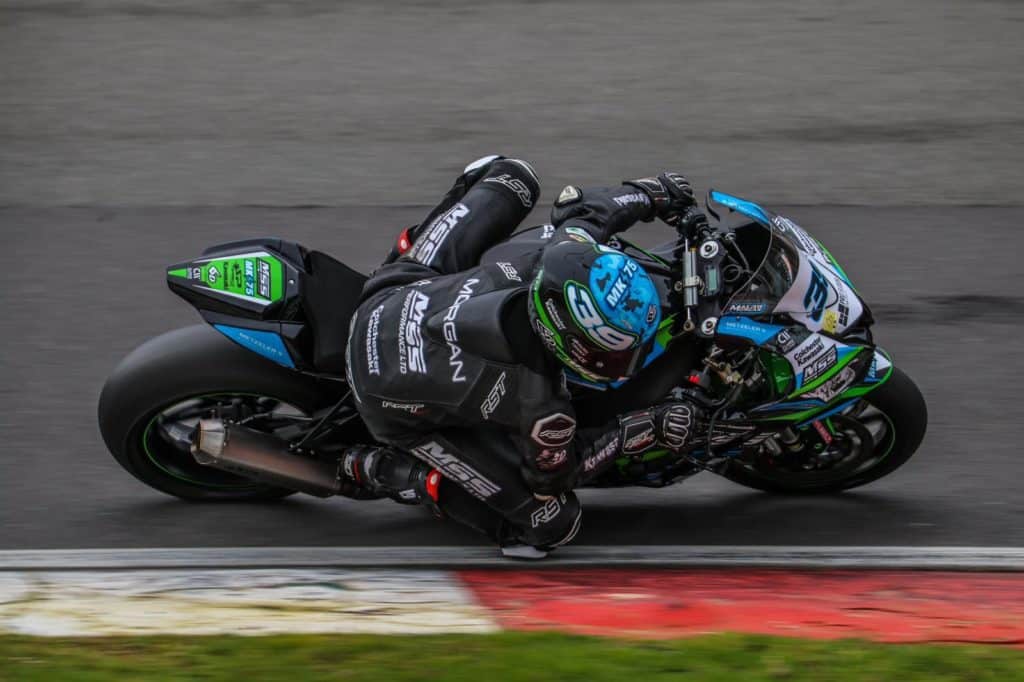 Well that’s us back from our first round of 2020 at Brands Hatch with BMCRC in the Reactive Parts MRO Powerbikes, and to be honest we didn’t know what to expect from the weekends racing. Obviously like all racers and Teams you go to win, and after Max’s last showing at Brands Hatch Indy we felt we were in a pretty strong position even though he has moved up from Clubman to MRO Powerbikes. So we rocked up Thursday afternoon to get set up in the lower paddock, as always at the first round the weather was torrential and blowing a gail so after getting piss wet thru and freezing cold we eventually finished and headed up the road to the local Chinese for a feed.

No massive rush to get out for Friday testing as the circuit was wet and cold, so we sat out the first few sessions and headed out for some installation laps just before lunch. A couple more sessions in the afternoon and Max appeared to be going okay so we finished up smiling and relaxed, and getting prepped for Qualifying in the morning. After signing on and getting our programmes it was nice to see in black and white Danny Buchan as the current MRO lap record holder, and Max as well holding the Clubman lap record from the last round of 2019 both on MSS Performance ZX-10R’s.

Qualifying …reality check, Max is in a dismal 15th a fair chunk of pole and 5th row. To be fair he had issues with the bike running wide out of Clearways and a poor feeling from the front. So we made a few tweaks for the first and only race on Saturday and Max trundled out to the grid for 14 laps of adrenaline fuelled indulgence. So the chequered flag comes and goes, and he managed to clamber up to 11th but with a lap time that puts him 16th on the grid for the first race on Sunday. Once again you could see that he wasn’t comfortable on the bike, and that he was still struggling with confidence as the bike isn’t behaving like we need it to. It’s tweaking time …again !!

After a further debrief and a some more adjustments Max headed out to take his 16th place on the grid and a row 6 start on his Metzeler shod ZX-10RR , with changeable conditions the race is on. It was mint to see him battling and getting stuck in, plus having the confidence to run across the damp stuff and make time and places. Fast forward to another chequered flag and he comes in 6th overall and 5th in class just behind Ryan Warrington who was absolutely flying on his ZX-10R.

Our 2nd and last race Sunday you could feel Max was bang up for this one, track conditions were bloody awful so we took a punt on full wets as the race had been reduced to 12 laps. 2nd row start saw him get boxed in at turn 1 and 2 , but he worked hard and pushed through the field eventually getting into 2nd place and getting the second fastest lap of the race…this is what we came for, bike working well and rider performing well happy bloody days.

MSS Performance Limited is authorised and regulated by the Financial Conduct Authority, FRN: 764242. All finance is subject to status and income. Written quotation on request. We act as a credit broker not a lender. If we are successful in arranging finance for you, we may receive an introductory commission for such introductions. We work with a number of carefully selected credit providers who may be able to offer you finance for your purchase. We are only able to offer finance products from these providers.

We use cookies to ensure that we give you the best experience on our website. If you continue to use this site we will assume that you are happy with it.Ok